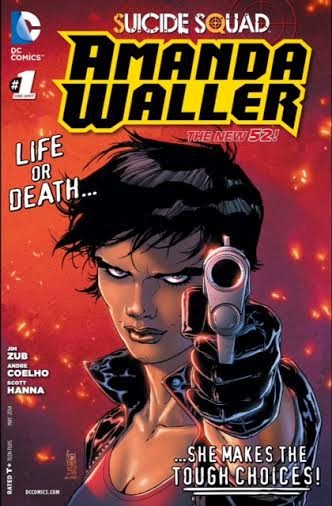 I must commend DC for offering us a few standalone specials giving supporting characters a chance to shine. Last month it was Lois Lane, now here's Amanda Waller.

My fondness for Amanda Waller seems linked to her waistline. When she was a big bad momma in the Eighties and Nineties I was a huge fan. These days she's a proper skinny Minnie and I often wish she'd fade even further, into obscurity. Because where the original Amanda was a fully rounded character - leader, friend, mother - the continuity-lite version is 'hard-ass' and little else.

Well, here's writer Jim Zub attempting to put some meat on Amanda's bones. The story kicks off with Amanda on a military plane, taking a newly drafted scientist to Belle Reve, headquarters of Task Force X, the Suicide Squad. Said boffin, Dr Algot Issen, is 'a bit of a creep' but he has some notions which may help Amanda better control those pesky super-villains she wrangles.

The plane is blasted out of the air, killing all but a handful of people on board. Can Amanda save Issen from a metahuman with a grudge, while keeping her colleagues alive in a suddenly frozen New Mexico?

Zub does a great job of showing us how resourceful Waller is. Her leadership skills and knack for strategy are admirable. She's not afraid to get down and dirty when necessary. And while people like herself and the soldiers have signed on for a life of danger, she won't compromise and put innocents at risk. And the most surprising revelation of all? 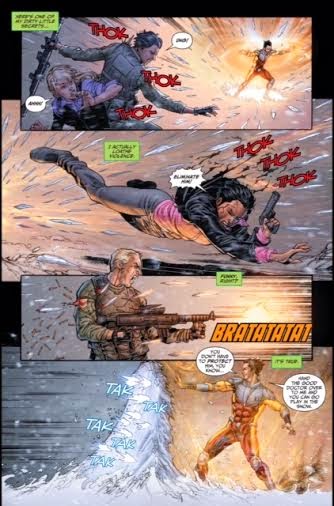 The story climaxes with Waller making one of the tough decisions that is her trademark - she's not happy, but she does the dirty work for what she sees as the greater good.

The antagonist, codename Kriger, isn't particularly memorable, but he doesn't have to be. He's interesting enough on the page - a Killer Frost type - but he's there to raise questions. Questions of victimhood. Innocence and guilt. Responsibility. He's all about throwing light on the grey areas in which Waller thrives, tossing her decisions into unflattering relief.

And by the close of the book, I'm more intrigued by this Waller than previously. She's no longer one-note.

I'd be happy had she ate all the airplane victims and gotten chubby, but you can' have everything.

We can have some first-rate art, courtesy of penciller Andre Coelho and inker Scott Hanna who, unusually for a DC comic, handle all 38pp of this $4.99 book. They keep the modern Waller on model - think Angela Bassett - and make the new characters distinctive. The action and storytelling are uniformly fine with occasional flourishes, such as an excellent page as the plane's passengers realise they're going down. 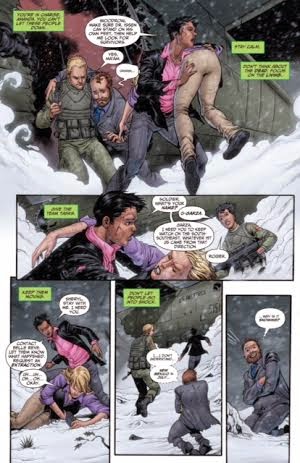 This is immediately followed by another impressive sequence, as Zub shows us Waller's coolness and concern in a crisis. The splash pages work well too, upping the intensity as Waller fights not just for herself, but for those around her.

Add in a predictable, but beautifully done, cover from Giuseppe Camuncoli and colorist Blond and you have a smart, good-looking done-in-one comic that entertains even as it educates us on its lead's good and bad sides.