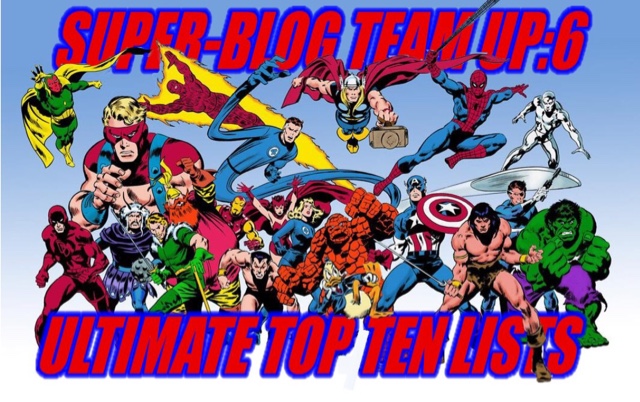 Welcome to Super-Blog Team-Up, in which a clutch of comic book bloggers tackle the same subject on the same day. As a follicaly challenged fella, I'm always fascinated by the things comic people lucky enough to have options do with their locks. Often, my response is simply, WHY? 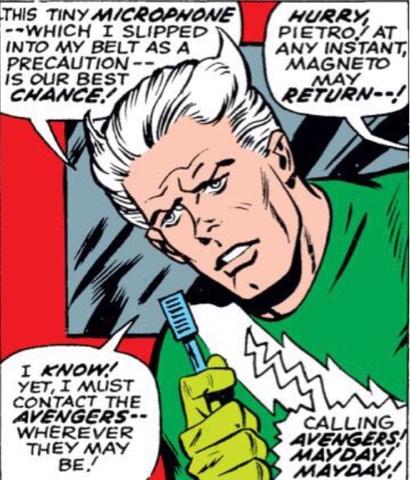 QUICKSILVER
The most distinctive thing about Quicksilver's appearance is his silver locks, with those cute little horns. Was this Stan and Jack's visual cue that he's a little devil? Given they survived his speeding at thousands of miles per hour while being attacked by the Avengers' rogues gallery, he must have a heck of a good hair gel.

CLEA
Clea, daughter of the Unspeakable Umar, niece of the Dread Dormammu of the Dark Dimension and bearer of the Curls Calamitous. It's as if she saw Quicksilver and decided to go one - or rather, ten - better. She's not far off the Full Gorgon, but instead of turning to stone, when Dr Strange looked into her eyes - as opposed to hair eyes - his heart melted. Aaaah. 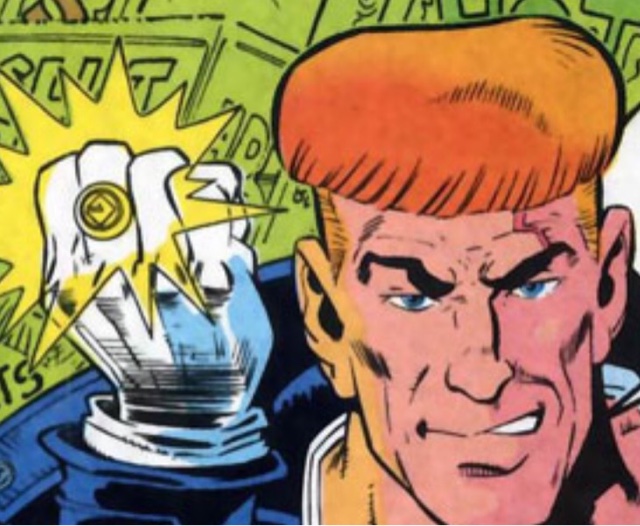 GUY GARDNER
Ah Guy Gardner, prince of the pudding bowl. The ginger gigolo who wanted respect as a Green Lantern but was too thick to realise that adopting this look for his ginger hair made his sanity suspect. 'Beware my power, Moe Howard's haircut...' 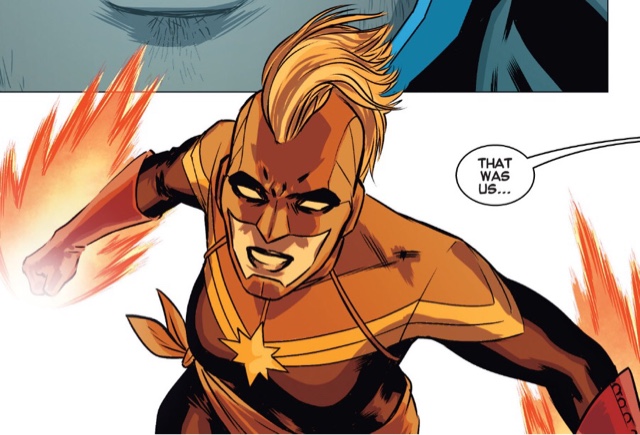 CAPTAIN MARVEL
For decades, Carol Danvers rocked the long hair. In the Seventies her fulsome Farrah made her the height on fashion. Recently, though, she's begun forming her blonde barnet into something akin to a Roman centurion's helmet brush when her new Captain Marvel uniform manifests. Or perhaps she really wants to canter as a pretty little pony? Presumably, space madness has struck, because she looks less like a femme formidable than Marvin the Martian. 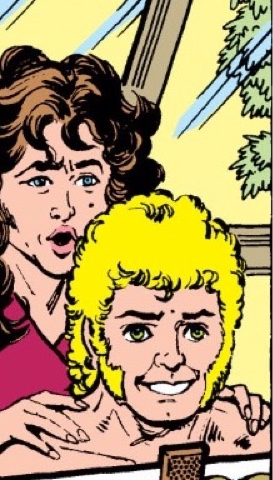 JERICHO
Jericho of the New Teen Titans, oh, you're so dreamy. Or so the scripts would tell us, over and over again. Joe Wilson, son of Deathstroke, was unlike his big, butch daddy, the assassin with the throwing knives, and guns, and shurikens. Nope, Joe's weapons of choice were his gentle way with a guitar, his facility with a paintbrush, his touch with a tango step. And then he goes and ruins it with a perm and mutton chops. 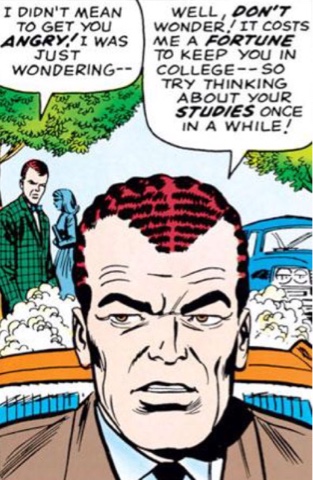 NORMAN OSBORN
Norman Osborn, it seems, had a mancrush on Hollywood star Joseph Cotton, slicking his curls down into a bit of a Dracula. Not only was it unbecoming - some real-life looks just don't transfer to the comics page - it damaged his son Harry, causing him to copy both it and his father's Green Goblin career. It's that bad. 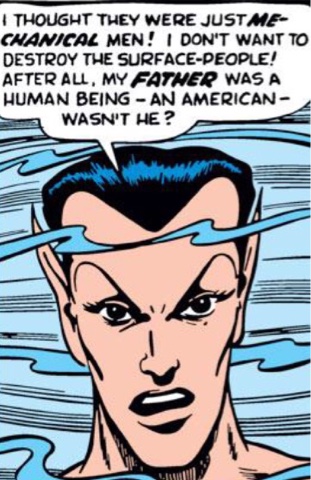 SUB-MARINER
How the heck Prince Namor, the Sub-Mariner, won the affection of that nice Susan Storm when he looks like an inverted pyramid that someone's coloured in with a marker, I have no idea. Was it constant dips in the sea that left his hair so lifeless? Did he swim through oil slicks? Who knows, but given he's kept the look for nearly 80 years, it's safe to assume he's not going to change it now. 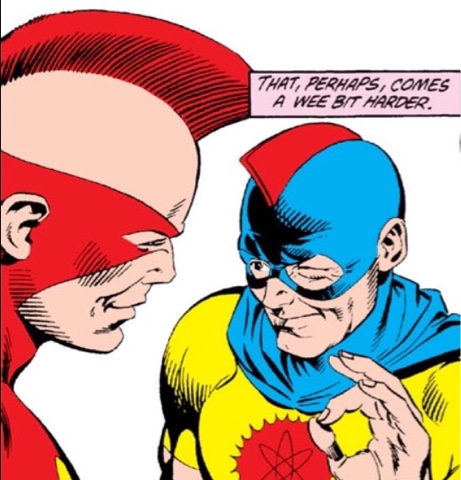 NUKLON
Nuklon. Daft name, dafter hair. Even in 1983, when he debuted, mohawks were passé. We see JSA wannabe Albert Rothstein cut his hair off in Infinity Inc #1, clearly a nod to the fin on the helmet of his 'godfather - sort of', the Earth 2 Atom. And while it looks bright red, it's apparently ginger, if Al Pratt referring to him as a 'carrot-topped colossus' is anything to go by. It took the merging of Earths in the the Crisis for Al to see sense and grow his hair back. 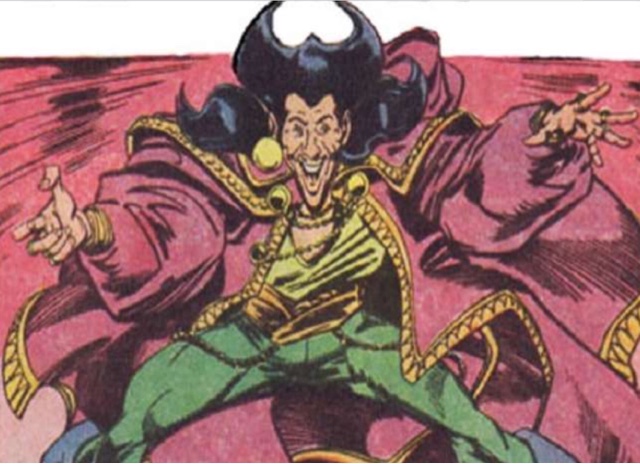 EXTRANO
If Dr Strange crashed into a giant-sized bottle of pomade you might wind up with Extrano, resident magician on the New Guardians super team. Despite his sissy character, it took guts to be DC's first out superhero; and it took even more to sport that 'do? What was he thinking? So far as my comics reading tells me, we've not seen him for years - which means Geoff John's will dust him off any day now. Please God he keeps the hair, it's hilarious. 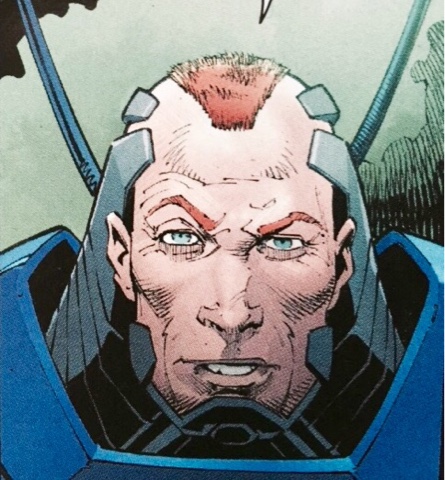 JIM GORDON
And a late entry, the man formerly known as Commissioner Gordon. I'd never heard of a 'high and tight' before Jim showed off his new haircut in DC's Free Comic Book Day preview issue, Divergent, this week. It sounds like a sex toy, but apparently it's a US Marines thing, and now he's taken over as Robot-Batman or something, Jim is all about the manly - he's been working out and wants the haircut to go with his buffer bod. He looks ridiculous.