Supergirl's on TV - but not on the shelves? 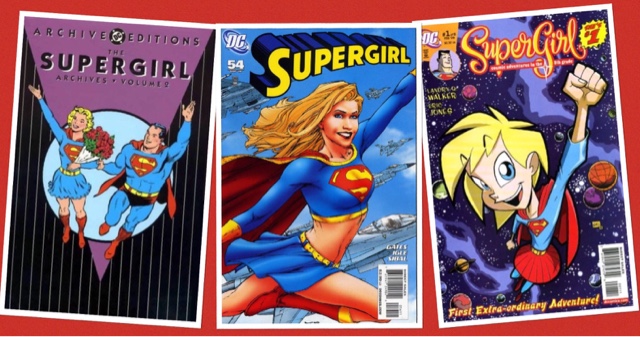 Get ready for Supergirl Month! To coincide with the October 26 debut of the CBS live action TV series, DC Comics is unleashing a wealth of new and classic material.
A prequel comic featuring Kara Danvers, the Supergirl who's gained a legion of fans for star Melissa Benoist even before the series airs.
A one-off special for the current DC comics version of Supergirl, a transition tale that takes up the cliffhanger that closed her last series and moves the character into a place closer to her small screen counterpart. A new ongoing series follows in November.
A Best of Supergirl trade paperback dipping into the Maid of Might's proud - and sometimes daffy - history.
Paperback editions of the two Supergirl Archives.
A kid-friendly digest of Supergirl: Cosmic Adventures in the Eighth Grade.
An omnibus of the Sterling Gates/Jamal Igle Supergirl run that's the obvious inspiration for the new TV show from Flash and Arrow producer Greg Berlanti.
Yep, it's going to be a great October!
In my imagination. 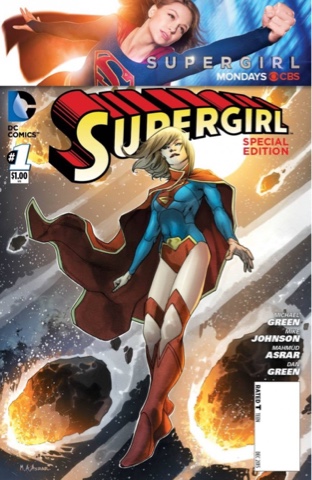 Because we're getting none of this. It's been announced today that DC Comics' tie-in publishing event will be a dollar reprint of the first New 52 issue from 2011, with a bit of TV branding up top.
Now, I don't know the comics business from the financial side, but when DC thinks the market can bear a series starring the distinctly unloved Telos (Who? Exactly), surely there's room for a bit of a splash around the debut of a Supergirl TV series? The CBS marketing team has done a stellar job building anticipation with images, interviews, trailers... that leaked first episode, nothing to do with them, honest! 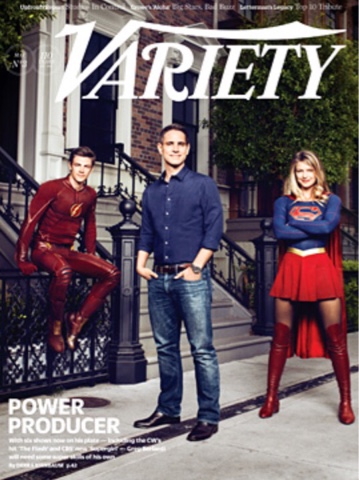 One way or another, there's massive worldwide anticipation for the upbeat, girl power adventures of Supergirl. It seems bonkers that DC Comics - now based in Burbank for better synergy with the TV and film side of Warner Bros, supposedly - seems determined to deny the event. Supergirl's comic was cancelled a few months back, just as a promising new set-up and creative team was bedding in. It ended on a cliffhanger that has never been resolved. 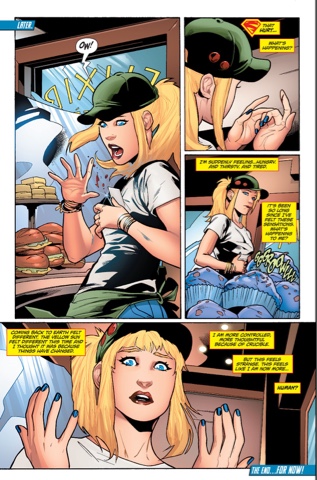 At the same time, Supergirl vanished from the Justice League United book, and there's been not a single reference to his cousin in the Truth storyline that's filling the pages of the Superman line. If it wasn't for the presence of a spectacularly Silver Age Kara in the excellent, underrated, out-of-continuity Justice League 3000 series, you could be forgiven for thinking DC had forgotten her altogether.
What the heck is going on? Even if the fans of TV Kara don't buy in droves - and I can't believe a fair few aren't curious about the character's comic forebears - a canonical Supergirl should be somewhere in the publishing line. Even if it's thought she can't sustain a series, despite much evidence to the contrary, she should have a regular spot. Justice League member. Frequent guest star in the Superman books. Co-star of a new Legion of Super-Heroes book... something.
So, it seems DC hasn't the will, or the nous, to at least try to cash in on Supergirl's moment in the red, yellow or green sun.
I'm not giving up, though; I want to see Kara get her due come October. I'll be tweeting @comixology to see if there's a sale of Supergirl titles planned, similar to the current 99 cents Batman bonanza. Please join me... And if you're inclined to tweet @DCComics asking for a new series for one of their most iconic characters - adding #showmesupergirl, maybe - that'd be great too.
CBS DC Comics Greg Berlanti Jamal Igle Melissa Benoist Sterling Gates Supergirl Supergirl's on TV - but not on the shelves?