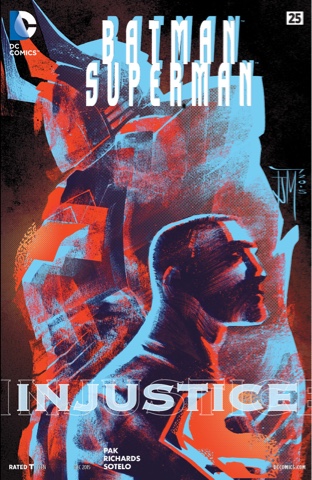 Superman came to Gotham City on a motorcycle, but he leaves courtesy of borrowed Bat-technology. And he can't resist putting the wind up Robo-Batman Jim Gordon as he leaves. 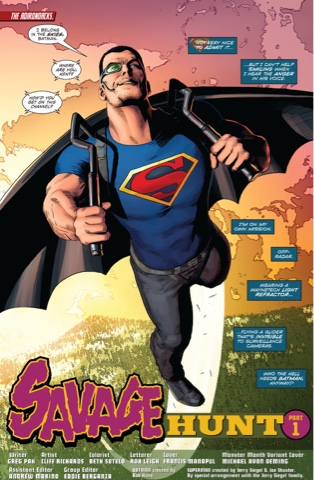 The previous page is the last we see of the current holder of the Batman title in this issue of Batman/Superman, but I'm fine with that - Gordon has been almost as annoying as so-called Superman... and that's annoying.
Some super-scanning Wayne-Tech enables the outed Superman to track down Vandal Savage, the immortal villain, who's somehow connected to his recent travails. Savage is accompanied by the denizens of the Underworld seen lately in this book ... oh, hang on, they're not Ukur's Beast Men, they're ancient warriors just emerged from suspended animation. Same tailor, I suppose. 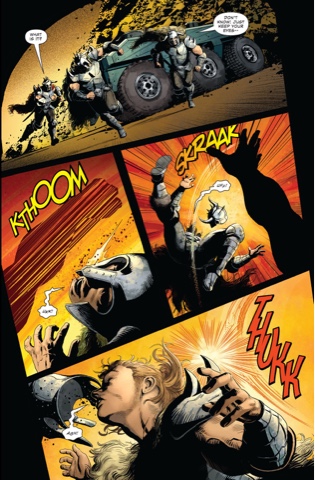 Vandal proves more than a match for Clark, bringing 3000 years of battle-hardiness to bear on the depowered Superman. It's only the intervention of Batgirl which stops Savage's men finishing him off.
So is he grateful?

Big surprise. Happily, Batgirl is confident and sunny enough to let his rubbish wash over her, putting the Savage puzzle together while passing on a lesson Superman really needs to learn. 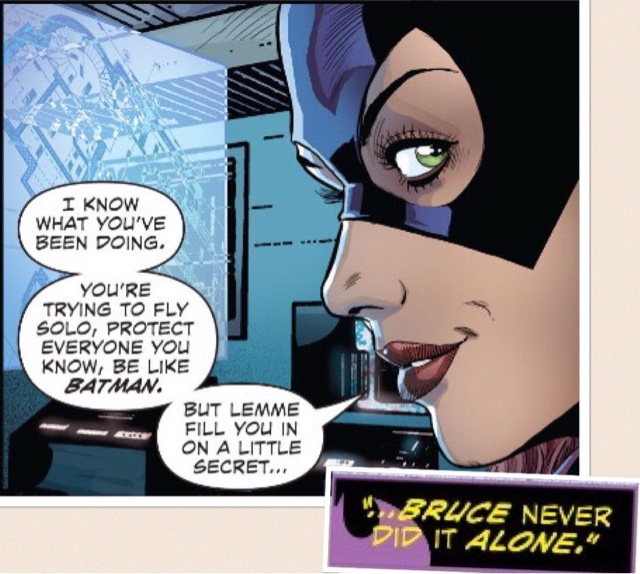 They track down Savage in Siberia, where he has terrified humans helping him ready nuclear missiles. Superman has a plan - but Batgirl has a better one...
And so the Truth storylines rumble on. Truth is, I'm now actively disliking the revamped Superman DC is giving us. He likes to hurt people. He patronisingly tells his friends to go away. He snarls as he goes into battle. He goes on and on about what it feels to be human, to be in pain. This is not Superman. It's a stereotyped thug wandering across the landscape of Superman's life. Thank heaven for the guest presence of Barbara Gordon, adding a big dollop of sanity and heroism to the story. It says something that she still believes in Superman where a lot of his fans have taken to shrugging the shoulders every time he opens his mouth.
I seriously wonder if writer Greg Pak is taking the Michael out of the current Superman direction, making him so unlikable that readers will clamour for the hero as previously written, rather wonderfully, by Pak. I mean, 'who the hell needs Batman anyway?' Er, maybe the guy using his technology to fly and see through trucks?
There's but one moment when it seem the real Superman is breaking through...

... but that's it.
It's a treat seeing Babs using her computer savvy, she's on Oracle form as she deploys her de-tech-tive skills to succeed where a distinctly off-form Clark fails. And the guest stars who show up on the final page promise even more fun. With luck, they'll push Clark right off-panel, telling him not to show his face until he remembers what it means to be Superman.
The art this issue is just gorgeous, as illustrator Cliff Richards and colourist Beth Sotelo make the dynamic daredoll, a vicious villain and that guy in the tee shirt look fantastic. There are far too many splash pages - six in a 22pp story - but good grief, they have impact. 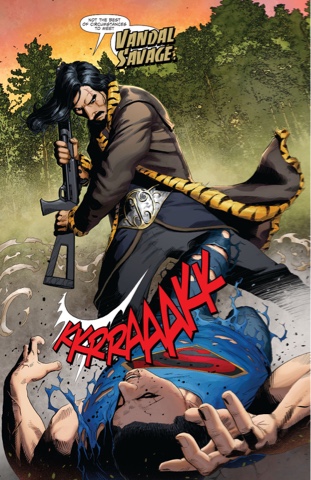 Nice lettering from Rob Leigh there, too. Francis Manapul's cover is rather lovely, while Michael Avon Oeming's Monster Month variant is a treat. 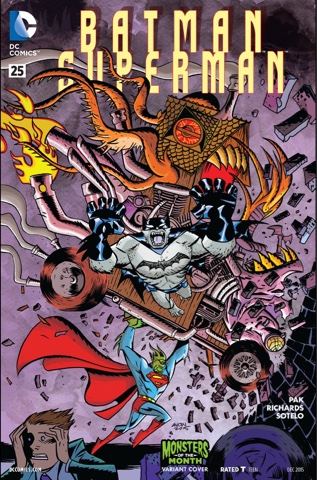 Competition time! Does anyone have any idea when the current Superman direction will be curtailed? I sent a friendly Tweet to Dan DiDio, to no avail. Feel free to message him yourself and get back to me. A prize to anyone who gets the scoop - and if you have to use your very own Barbara Gordon, that's fine too.
Batgirl Batman/Superman #25 review Beth Sotelo Cliff Richards Francis Manapul Greg Pak Michael Avon Oeming Rob Leigh Truth