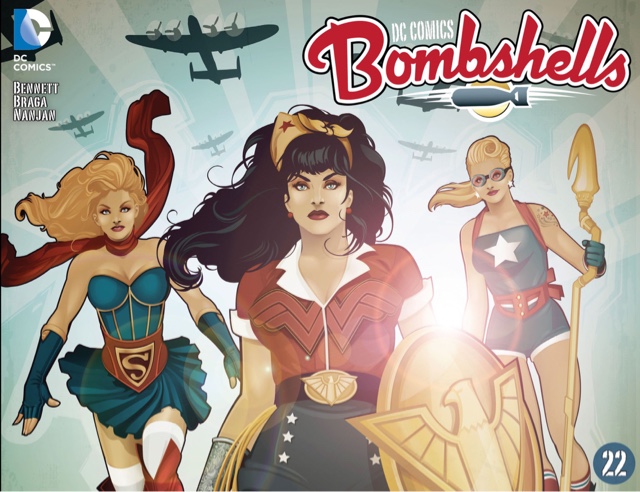 While DC Bombshells is based on a line of statues, you could never accuse Marguerite Bennett's story of standing still. In 22 digital chapters we've been introduced to World War Two versions of Batwoman, Mera, Harley Quinn, Supergirl, Stargirl and more, spanned continents and hopped from genre to genre. Every episode has been enjoyable, but this one is outstanding as Wonder Woman stars in a hard-hitting tale of battlefield horror and simple compassion.
It's 1940 and the Allies and Axis have been fighting on Greece's Peloponnese island. There have been deaths and casualties on both sides, and villagers in the middle of the conflict have been slaughtered. The constant assault has US military man Steve Trevor in shock and despair, but Wonder Woman uplifts his spirits with a lullaby. And she sees a symbol of hope... or so she thinks. 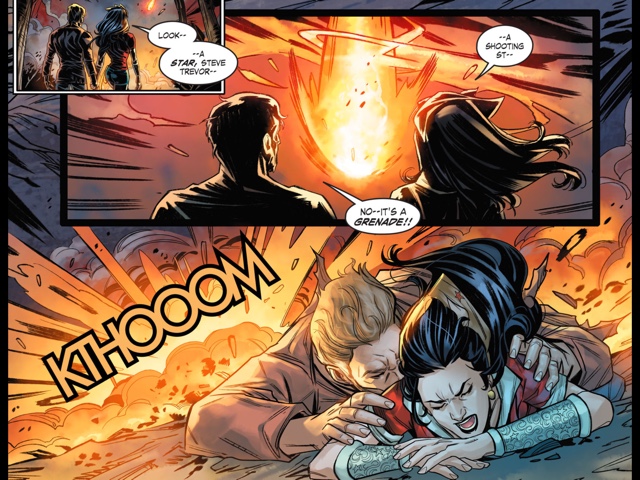 War won't be  denied in this powerful chapter that opens with a heartbreaking scene of brutality and closes with a traditional superhero cliffhanger as it brings in one of Diana's greatest villains. It's beautifully written by Bennett and exquisitely drawn by Laura Braga.
Braga captures emotions with her careful linework, and while the Wonder Woman she's drawing is miles from canon, I adore her - the strength, the grace... this is Diana. She's partnered by colourist J Nanjan, whose naturalistic approach ensures the supernatural moments truly pop. Wes Abbott letters, Jessica Chen and Jim Chadwick edit and Ant Lucia - designer of the original statues - provides the gorgeous cover.
If you've not yet tried this series - also available as a regular comic - shell out 99c for Bombshells #22 and enjoy the explosion of talent.
Ant Lucia DC Comics Bombshells #22 review J Nanjan Jessica Chen Jim Chadwick Laura Braga Marguerite Bennett Wes Abbott