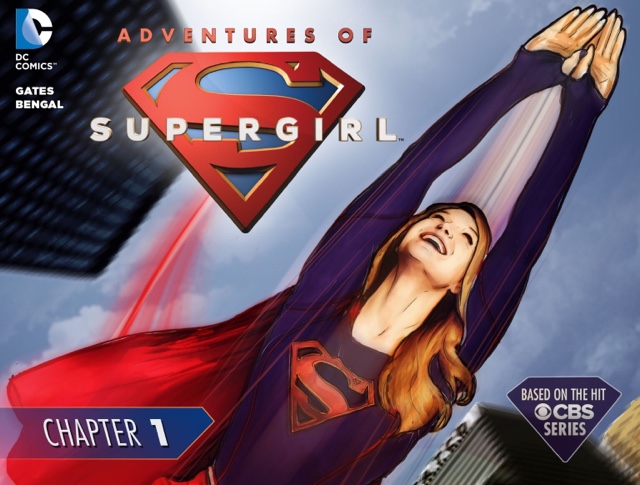 Talk about strange sports stories. The National City Sharks football game has some unplanned entertainment - Supergirl vs Rampage. Maid of Might against Orange Ogress. They're going at it like Billy-O, because while Kara would always prefer to talk things out, Rampage seems to have left her vocabulary at home.
It's the first chapter of DC Digital's tie-in to the hit Supergirl TV series, behind a joyful Cat Staggs cover. Sterling Gates is a great choice as writer. He penned one of the best Supergirl comic book runs we've seen, and immediately captures the CBS take on the heroine. 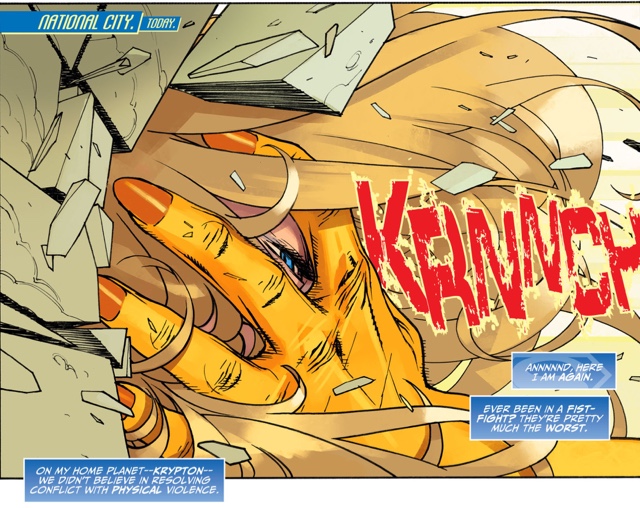 Wouldn't this sound just perfect coming out of actor Melissa Benoist's lips? And Gates' previous experience of pacing a comic pays off here - in the equivalent of just nine regular comic pages he gives us a recap of Kara's history and mission, a knock-down, drag-out fight and bags of characterisation.
And as a bonus for the more ardent Kara fans, a terrific Easter egg.

That's a nod to the fantastic, under-appreciated, please-get-on-with-the-sequel-DC, Supergirl: Cosmic Adventures in the 8th Grade, which saw a school-age Kara bouncing off Frenemy Belinda Zee. 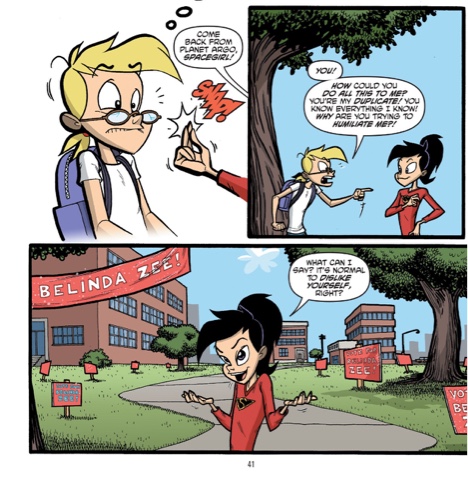 Thank you Sterling Gates, it's safe to say I never saw that one coming. 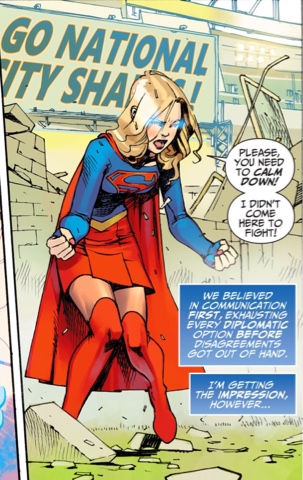 And thank you Bengal, for capturing Benoist's Kara via some wonderfully breezy full-colour art. Rather than try for photorealism, Bengal channels the spirit of the show; I suspect DC hasn't the license to use Benoist's likeness, but by cracky, the artist captures her body language. And his Hank Henshaw, when first seen from behind, is unmistakable.
Rampage, a Superman villain of the Eighties, fits the TV world nicely, being physically imposing and gifted with the strength to give Kara a good fight. I hope we get to see whether Rampage has her traditional background, or is something different.
DC Digital regular Saida Temofonte provides the cheery lettering, while Kristy Quinn and Jessica Chen edit with the light touch they've shown on the unmissable Legend of Wonder Woman.
Adventures of Supergirl is here for a limited run, but on the basis of this dynamite debut, needs to be made ongoing. 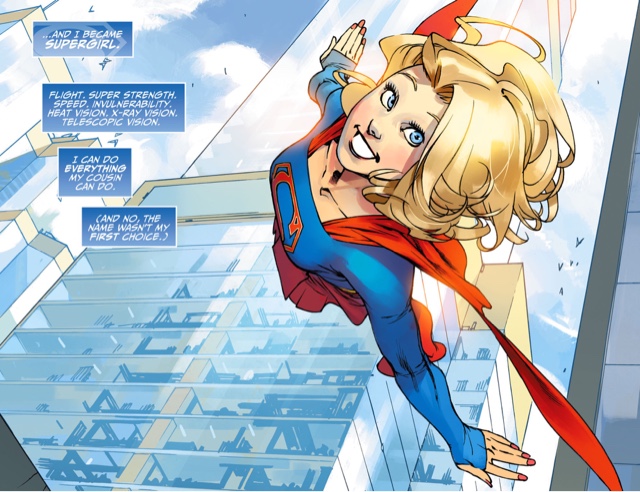