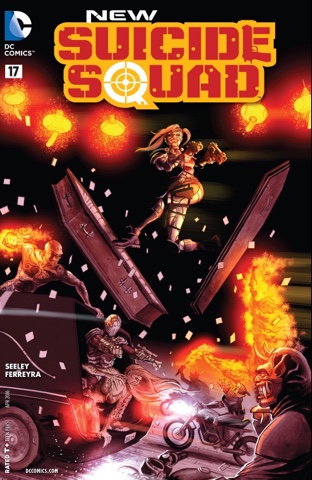 Her Majesty's Government wants its own version of the Suicide Squad. UK super-team the Victory Vs have gone down, so one Mr Ashemore is despatched to Belle Reve Penitentiary on a factfinding mission. Task Force X director Amanda Waller gives him a tour of the facility, where different cell blocks represent a super-prisoner's readiness to serve the US on a do or die assignment. 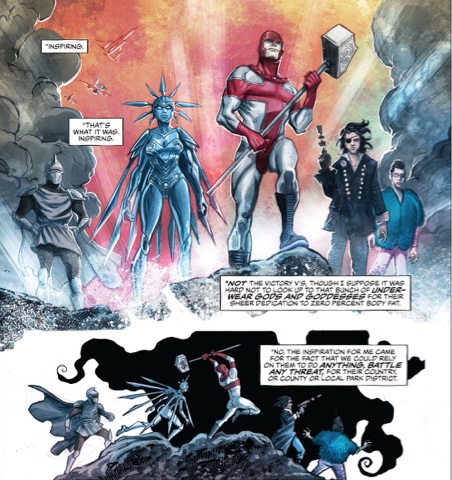 As luck would have it, a mission is called while the cocky Ashemore is being thoroughly unnerved by the likes of El Diablo and Harley Quinn, presenting the chance for first-hand observation. Cheetah, El Diablo, Harley and Deadshot land in Hong Kong, where a US-friendly politician is threatened with assassination. Hi-jinks ensue, and a mystery player derails the best-laid plans of Waller...
Most longtime comics fans get tired of series being restarted, but here's an issue that probably should be a new #1. It has a fresh writer in Grayson's Tim Seeley, and artist in Gotham By Midnight's Juan Ferreyra. Ashemore's tour allows for a Task Force X primer and introduction to the tweaked line-up. Seeley gives us the lay of the land with economy and wit before bringing on the action. The movie-friendly mix of characters gels well - El Diablo and Harley, especially, have real chemistry - and the new storylines shows promise.
Ferreyra's full-colour work is confident and warm, his people full of personality; it's delightful. His page designs for the first half of the book are sedate without being boring, but when we reach Hong Kong... wow, the layouts really pop to match the change of scene and mood. 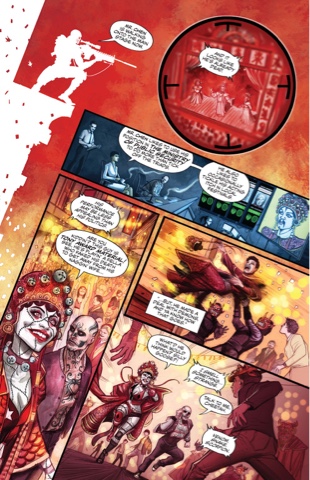 Seeley and Ferreyra's street party, with our anti-heroes suitably dolled up, is a DCU version of the opening of the latest 007 film, Spectre. Cheetah's encounter with three locals may be my favourite moment of this standout issue. 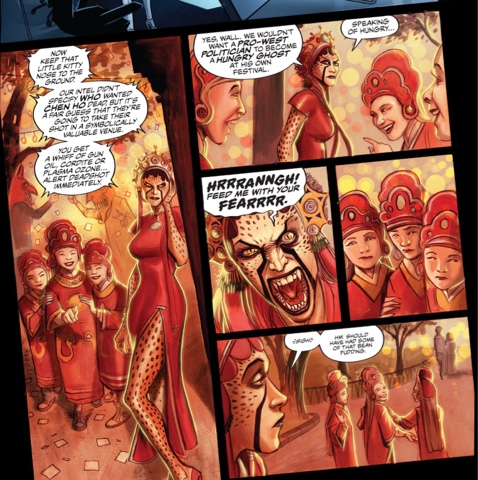 Seeley and Ferreyra really hit the ground running here, and if they stay together awhile I can see the synergy shooting off the charts.
Juan Ferreyra New Suicide Squad #17 review Tim Seeley