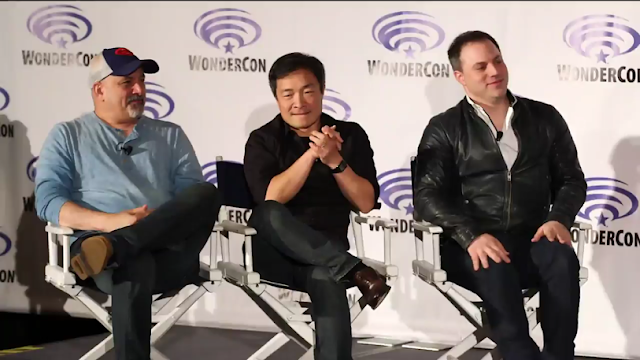 OK, lesson learned - I wrote such a long post on Saturday that the comments won't load, so, new post - I hope you see this, I'm grateful for the comments, as ever!

ANTHONY
I agree about the sword, I suppose we're stuck with it until the current round of movies cycles away.

MARVELBOY74
I believe Secret Six and Midnighter are gone, yeah, which is a rotten shame. but Shazam was announced as coming at a press event, along with
New Gods, JSA and - hurrah - Legion of Super-Heroes.

STEVE
Hmm, I'd not thought that Johns was Marvelling up DC so much as bringing back everyone from his childhood and maiming the rest.

ANONYMOUS
I'd ideally like a straightforward Linda Danvers Supergirl, continuing from the last run, but from Steve Orlando's later comments on Twitter and at Comics Vine, it seems we're getting a soft reboot with Cat, National City, the DEO and the TV Danvers. I'm good to see where they go with it. He really does seem to have a good understanding of Kara's character.

POLLUX DIOSCUROS
I was also disappointed, but see above!

And if any more comments come in, I'll be back! Thanks for your patience, folks.