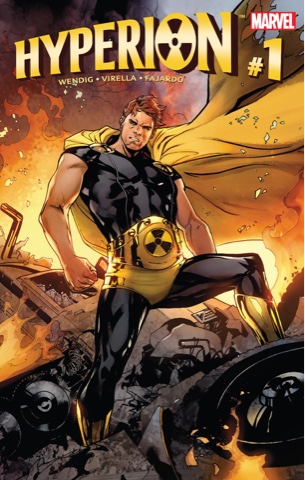 Faster than a speeding bullet.
More powerful than a locomotive.
Etc. It's Hyperion, Marvel's original Superman homage - as it were - in his own series. And just as Superman once walked around the country, Hyperion's off into the heartland of the USA to find himself. He's unsure that the strongarm tactics of the latest version of the Squadron Supreme are the best way to promote peace on Earth. But instead of literally following in Superman's footsteps, Hyperion is driving a big rig, delivering apples to (where else?) Kansas. 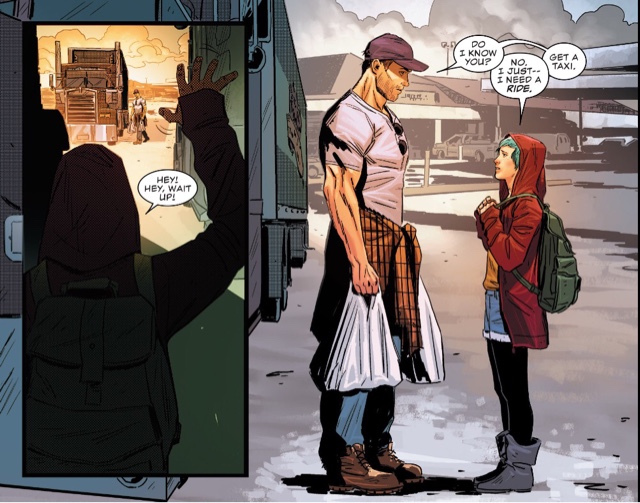 En route, he's persuaded to give a lift to a young woman who calls herself Doll. Like Hyperion - out of his superhero outfit and going by Marc Milton - she's running away from something. But where Hyperion is taking a break from newfound friends, Doll is running for her life. 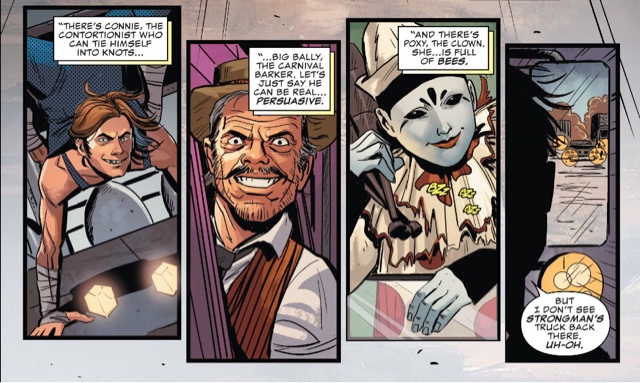 Hyperion vs a slightly creepier Circus of Crime? That should be a ten-second fight, but for some reason he's reluctant to use his vast array of powers...
So, there's a mystery - I get wanting to take a break from the violent life of a superhero, but when there's clear danger, why does Hyperion hold back? That question is what's going to bring me back for the second issue. Without violence, you don't have superheroes, so what happens when a character with the strength of a god decides he no longer wishes to carry a big stick? 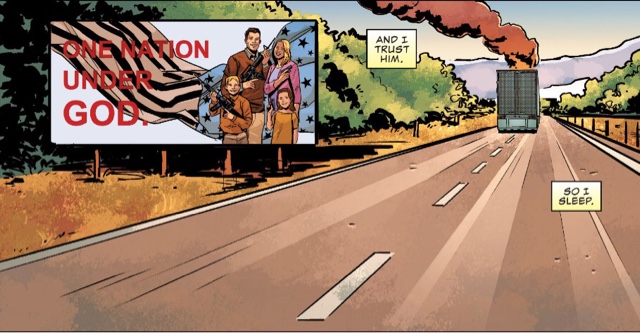 Then there's writer Chuck Wendig's apparent interest in confronting the near-worship of guns found in some parts of the US, something comic books really should tackle (why, for one, isn't Bruce Wayne putting a sizeable part of his fortune into backing gun control legislation, a simpler path to avoiding kids being orphaned than dressing up as a heavily armoured bat?). 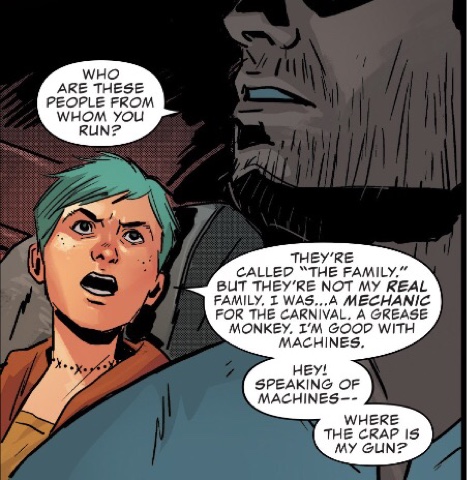 And what are the mechanical powers Doll supposedly has?
My problem with this issue is that Wendig distances us from the title character. The narration is all with Doll, Hyperion rides into her story. I'm interested in seeing different perspectives on characters, but a first issue should place us firmly alongside the supposed star. As is, Hyperion is almost a bit player in his own book. This approach would be fine for a second or third arc, but I bought this $3.99 Marvel comic for the guy on the front, not yet another teenage mutant type.
For what it is, the script works. Dialogue reads well said out loud, and I especially like Hyperion's observance of the rules of grammar. The circus 'family', while so far cliched in the extreme, make a colourful on-the-page threat... but I want to get to know our hero some. As it is, his motivations are nicely laid out on what would normally be a recap page - a pre-cap? - when they should be in the story.
The visuals by illustrator Nik Virella and colour artist Romulo Fajardo Jr are straightforwardly attractive, especially when we're talking trucker Hyperion in his tight tee shirt. Doll is interestingly androgynous while the circus folk are pure grindhouse. 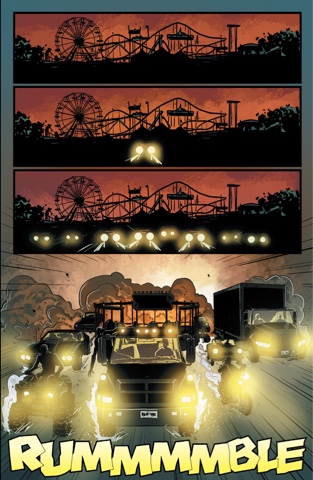 The compositional choices work, with this scene especially effective - it's a storyboard without being soulless. And when Hyperion finally comes into the light, he looks fantastic.
As he does on DC alumnus Emanuela Lupacchino's cover, which is nicely coloured by Jason Keith - and I love the Superman-but-not logo, perhaps the work of series letterer Joe Caramagna.
It's nice to see a Marvel series dare to be different with a distinctly subdued first issue - but I'd really like to be wowed.
Chuck Wendig Emanuela Lupacchino Hyperion #1 review Jason Keith Joe Caramagna Nik Virella Romulo Fajardo Jr