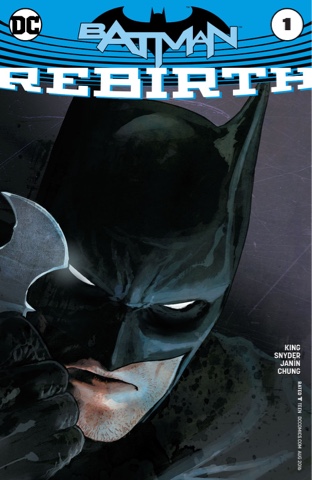 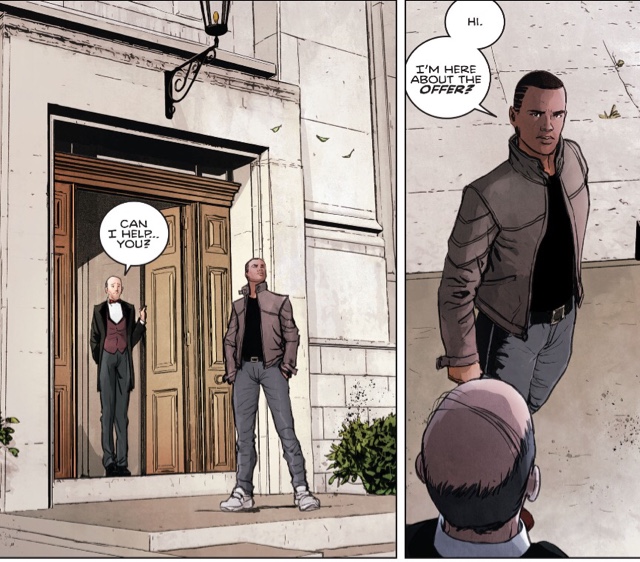 Bruce is in Gotham, dealing with the latest plot by Calendar Man Julian Day - he releases spores which could spell doom for the city of Batman doesn't kill them. He does, in spectacular style, but once Day is behind bars he realises that his plot continues. Can Duke help Bruce and Alfred foil the scheme?
If you're thinking that Duke from the We Are Robin series is about to become an official teen wonder, think again. 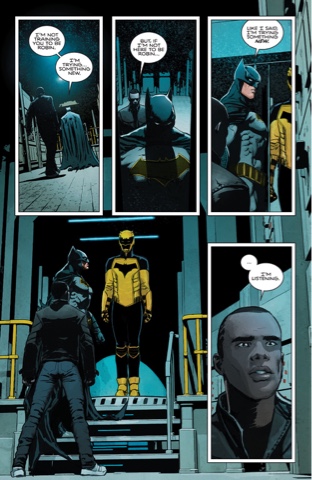 What those plans are, we don't find out here, but they do involve wearing tight yellow leathers. Honestly, I've never gone with the 'homosexual wish dream' idea of Batman and Robin, but the Caped Crusader really does seem addicted to surrounding himself with fit young men. 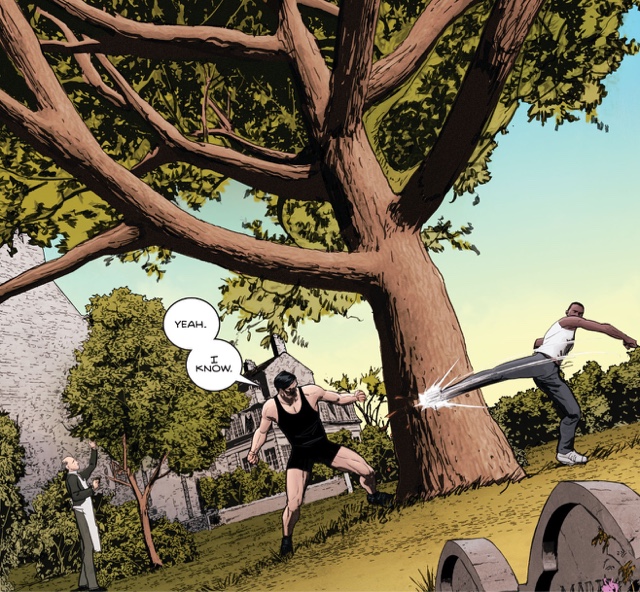 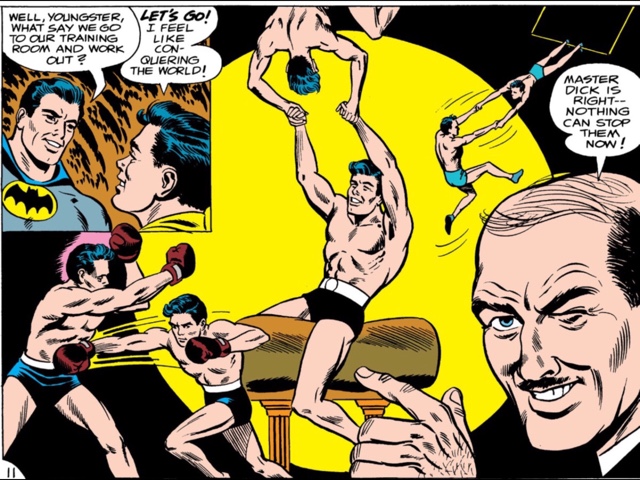 Please Alfred, don't wink.
I like Duke well enough, and yeah, diversity, but I'd love Bruce to help him by offering him a Wayne Foundation grant to fund his college studies. Let Duke forge a path out of Batman's shadow - heck, this level-headed lad would be fantastic as a foil to Damian Wayne in Teen Titans. Then there'd be room for Tim Drake to be by Batman's side once more, divorced from his grumpy Flashpoint ways.
This is Tom King's first outing as Batman writer, teaming with the outgoing Scott Snyder, and it bodes well for his run. There's a running theme about who's crazy, but while Bruce is super-focused here, he's not a loon. There's a great scene with WayneTech chief Lucius Fox tying up an old plot thread, and as for Calendar Man, whew! There's a crazy logical new take which sets him up as a Solomon Grundy type, one which could propel him out of C-lister land and to the forefront of Bat-villainy. 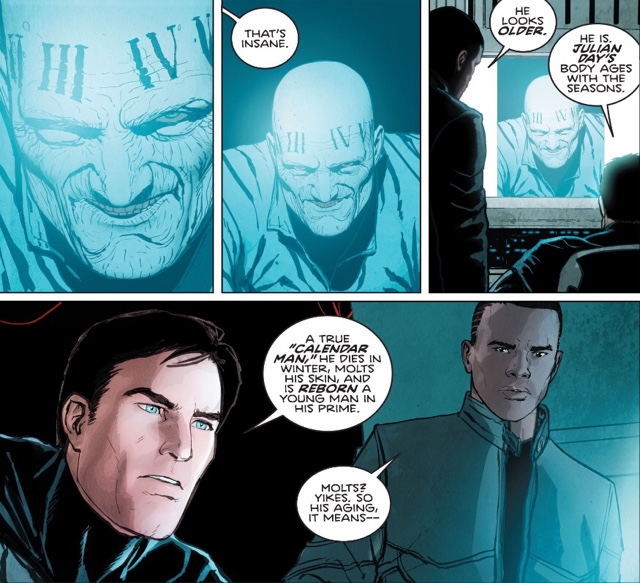 It may be linked to the presence of Calendar Man and Lucius Fox, but the tone takes me right back to one of my favourite periods of Batman, the Len Wein run, which featured the likes of this Walt Simonson-drawn tale. 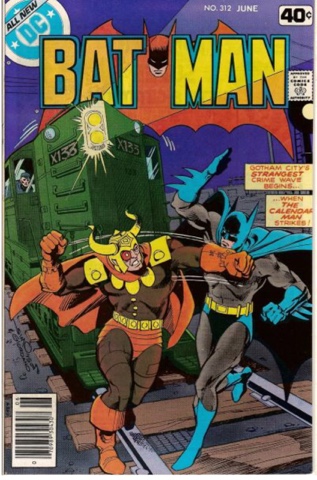 Joining King is his Grayson collaborator Mikel Janín and colourist June Chung and the art is simply sumptuous - the people look terrific, the panel shapes are wild without hampering the storytelling, the tones are spot-on... a Batcave spread has 'suitable for framing' written all over it. Letterer Deron Bennett is a new name to me, and as well as his neatness, he uses John Workman-style super-circular balloons and it looks great. Everything feels freshened.
And that's pretty impressive, given Batman has already had his Rebirth, when Snyder had him literally reborn after a struggle with the Joker. His body is younger, unscarred, and mentally he's in a better place. King looks to be embracing this new status, looking back to the past while adding to the legend of the Batman.
Batman Rebirth #1 review Deron Bennet June Chung Mikel Janín Scott Snyder Tom King