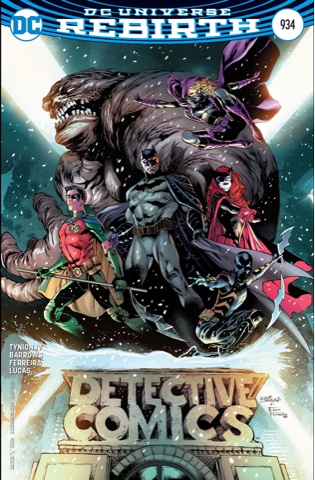 Bat facts... Batman confronts villain turned vigilante Azrael atop a Gotham building. Things blow up. Batwoman's dad is trying to convince her to let him help shape her war on crime. Batman sneaks into the apartment Batwoman keeps as Kate Kane and offers her a new role - general to a unit of young crimefighters comprising Spoiler Stephanie Brown, Orphan Cassandra Cain and Red Robin Tim Drake, who's to be her lieutenant.
Oh, and one more - Clayface, who's tried to maim (at least) members of the Batman Family uncountable times, but Batman reckons he just needs a break and some tough guidance. Batwoman is understandably dubious but agrees to take him on. 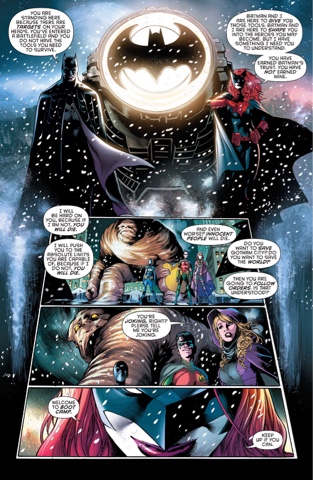 Why set up this unit now? Because Batman has detected tiny drones, spying on his crimefighting colleagues - someone's plan involves them all, and ties into Azrael's talk of a great conspiracy, so why not use the situation as a training mission? The issue ends with a mysterious figure tasking an army of costumed henchmen with destroying Batman's plans.
I've never liked Azrael. I hated him in the Nineties when Batman anointed the gaudy, lank-haired cultist nobody his successor and when he reappeared recently in some Bat-weekly or other, I jumped ship. And here he is in the opening pages of the Rebirthed Detective Comics - back to its heritage numbering after five years - hogging pages. Happily, he's soon gone, making way for better characters.
Like Kate Kane, whose stardom fell with a muddled New 52 series. And Tim Drake, whose likeable character vanished with the 2011 changes, now back, still with the rubbish Red Robin name, but in an outfit recalling his classic - bye bye Wings of Idiocy. I'm hardly a Cassandra Cain fan as I'm not one for assassin types, and hated the gimpy way she used to be drawn, but it's time to give her another chance (shame about the new hero name, though). Spoiler has long had a place in my heart, for being so darn plucky and starring in the best Batgirl series ever.
Clayface is the wild card, a villain anointed a member of the Batman Family for a paper-thin reason (see also the above-mentioned Azrael and the ludicrous one-year later Two-Face storyline). I should hate his inclusion, but James Tynion IV gifts him the single best scene in the book. 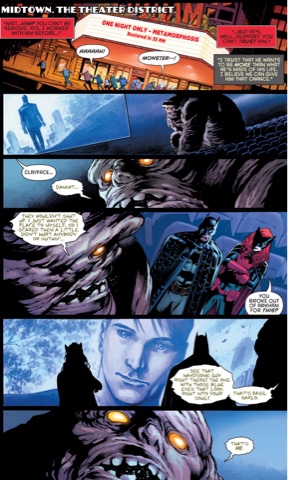 The big mudball breaks my heart. And there's another moment, towards the end of this issue, that's funny but also touching. So, while I don't know what he's doing in Bat Boot Camp, I'm rather glad Clayface is there. Who knows what interesting dynamic a reforming supervillain who used to be a rather delicious Hollywood star could bring. I have to assume he's sincere in his desire to be good, because Tim is sharp as a tack, Steph has great instincts, Kate knows when a troop member ain't committed and Cassie can literally read body language - he's not going to be able to lie for long, no matter how good an actor he is.
It's the character mix that will see me giving this book a chance, because heaven knows, I don't need another Gotham conspiracy. Tynion gets off to a good start, with those Clayface moments and Bruce finally coming out to Kate as her cousin (obviously, she already knew). 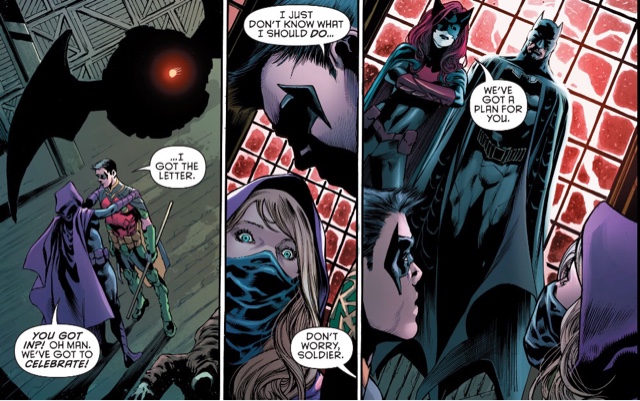 There's a nice scene between Steph and Tim and I'm intrigued by what he means by 'I got the letter'... college, maybe?
The art of Eddy Barrows is also a big draw, being bold while pulsing with humanity - heck, he manages to sell the sadness of Clayface, who's basically an amorphous blob with unfortunate teeth (throw money at 'em, Bruce!). Inked by Eber Ferreira, all the characters look superb, and they're set in some beautifully composed panels, with the colours of Adriano Lucas the brilliant finishing touch - the contrasts of light and shade are exemplary, and when splashes of brightness are needed, the panels pop like crazy. Marilyn Patrizio contributes the pleasingly neat letters.
That cover, with its snowglobe feel, is the perfect tease for the gorgeousness within - how I love a chiselled logo. Let's just hope that Barrows, for once, sticks around awhile. The alternate, by Rafael Alburquerqe, is very traditional but rather fine too. 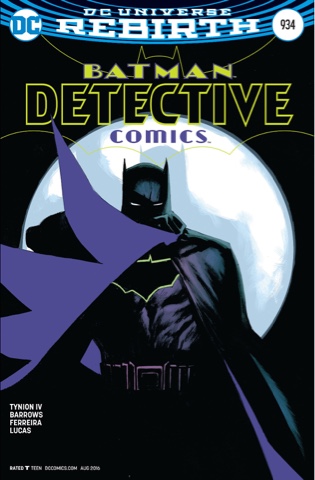