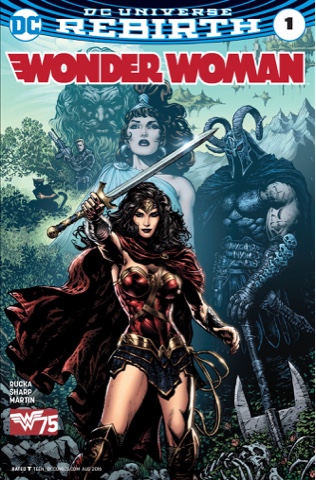 Diana wants to learn the truth about her past, and needs help. She's looking for it in the rainforest of Bwunda, but must fight her way past were-creatures before she can get it. Elsewhere, Etta Candy is overseeing Steve Trevor's operation to intercept a warlord named Cadulo in the same region. Coincidence?
The good: writer Greg Rucka has Diana totally focused on learning what's happened to her memories. Traditional supporting characters Etta and Steve are back in Wonder Woman having been utility players everywhere but her series for the last several years. Bwunda is a fun DC deep cut, being the location of Gorilla City, and there's a lovely bit of character work involving Steve and a photo of Diana.
Liam Sharp draws the heck out of the latest Wonder Woman #1, producing page after page of sumptuous work. The new Diana costume looks pretty darn good, while Etta's 'refreshed' head and body are pretty pleasing. OK, she's still not proper fat - chubby kids need heroes too - but it's at least a step in the right direction. I was hoping Etta would look more like Golden Age Etta - you know, the one everyone loves in Legend of Wonder Woman - but there you go. The jungle looks beautiful, the monsters scary and what little we see of a redesigned villain, rather awesome. And Steve Trevor could be a refugee from Easy Company, he looks utterly heroic. Laura Martin's well-considered colours brings atmosphere by the bucketload, while Jodi Wynne's clever word balloon placement adds to an encounter with a tribal elder. 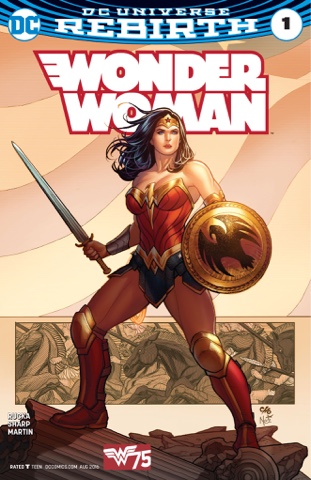 The main cover by Sharp and Martin, and variant by Frank Cho and a colourist whose signature seems to read 'Nez', are both grabbers. I'm pretty excited by the characters in Sharp's movie poster-style image.
The bad: where Rucka sees detail, I see dull; only last week I was noting, in another review, that his old Checkmate book was too jampacked with techie spy chatter for my liking, and here it is again. 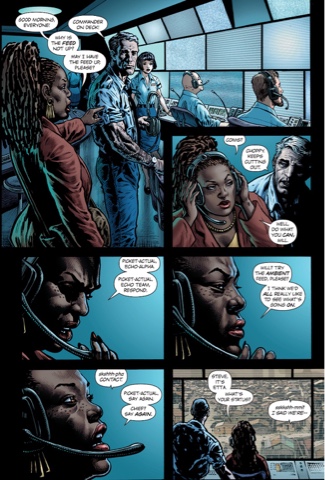 The heck with verisimilitude, cut to the chase. Rucka spends a page on what a writer of his skill could do in a panel. And I don't need to see Etta saying hello to everyone. 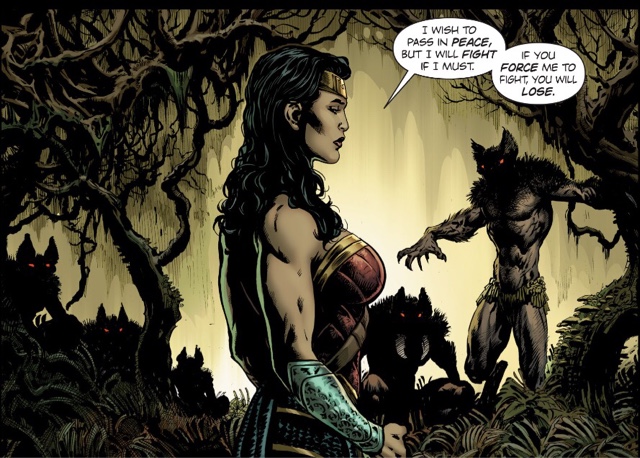 Wonder Woman should be confident but she's so assured here that there's no sense of threat. More threat, please.
This is a very nicely done first issue, but Rucka and Sharp only have 20pp a month to play with. I'd like to see every one add to the entertainment.
DC Rebirth Frank Cho Greg Rucka Jodi Wynne Laura Martin Liam Sharp Wonder Woman #1 review