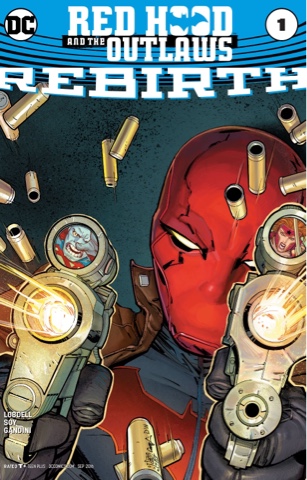 Red Hood and the Outsiders was one of the bigger hits of the New 52, where longevity is concerned, managing 40 issues and the odd annual. The adventures of Jason Todd and pals Starfire and Arsenal got off to a bad start with the three characters the superhero equivalent of a circuit party, but things calmed down and writer Scott Lobdell's playfulness occasionally resulted in a good story.
I didn't stick around the whole way through, not being a fan of Jason as Red Hood - I liked the character's original incarnation, as the second Robin before his personality was rewritten to to make him a rather unstable sidekick. Bringing him back from the dead as an unstable adult seemed even more of a mistake - why was Batman letting him run around and kill people?
Over the years, that Jason's been softened, with the killing canned and Red Hood a member in good standing of the Batman Family. He's become more palatable, meaning I'm ready to give this new version of the Outlaws a chance. With Starfire having left for a joyful - but now cancelled - solo book and Arsenal back as the Teen Titans' Speedy, he needs new pals, and Giuseppe Camuncoli, Cam Smith and Dean White's cover confirms they're Artemis of the Amazons and a version of Bizarro. We get a better view of them on Bengal's alternate cover, on which the threesome seem to be preparing an avant garde dance piece. 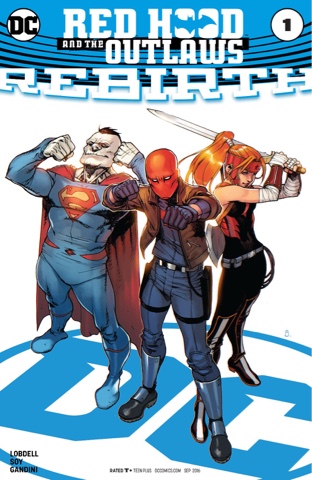 Sadly, inside its all Jason, all the time - there's neither hide nor hair of the series' new stars. Lobdell and artist Dexter Soy provide an exemplary recap of Jason's life as a hero and anti-hero and maybe-hero, letting us know which versions of various incidents are now in continuity. Tyre-thief, not circus boy. Still killed by the Joker. Resurrected by Lazarus Pit without a Superboy-Prime Continuity Punch. Jason's narrating and giving us the best version of himself, Batman pops in and out as authority figure, finally insisting Jason doesn't kill, and we get some set up for a case Jason's working involving 'the mysterious connection between City Hall and a new international crime cartel'.
The back and forth between then and now is well done, the transitions elegant... but seriously, another recap of Jason's origin? No inkling that he'll be getting new partners? Of course Red Hood and the Outlaws (non-Rebirth) #1 is where the main narrative should begin, but this special should give us some sense as to what to expect there. A look at who the heck Artemis is these days. A hint as to which version of Bizarro we're getting. What the direction of the series will be. This is a very good look at who Jason Todd is - there's a huggable scene involving Alfred and a photograph - but if you've been reading DC Comics for more than a few weeks, you could easily skip this. 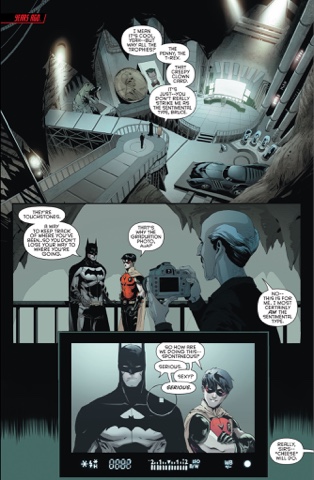 Unless you want a really nasty look at Jason's murder. Dexter Soy's artwork revels in recapping the moment a crowbar brutalised the then-Boy Wonder prior to his being blown up. 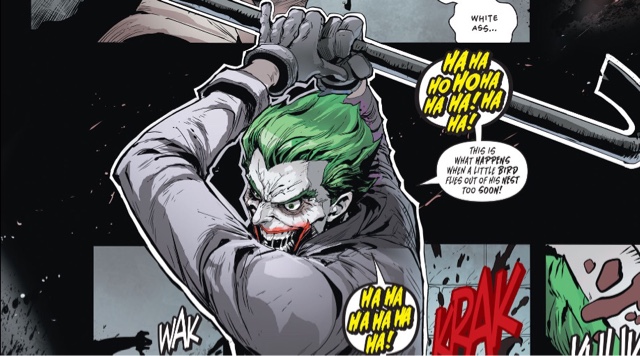 It's a very effective page, as the Joker's green elements explode out of the muted flashback tones Veronica Gandini's been using throughout the story. Taylor Esposito's letters go wild too, and all in all, it's a really well-crafted page. But I so could have done without seeing the sequence again.
So, a decent comic for what it is. But it should have been something else.
Bengal Cam Smith Dean White Dexter Soy Giuseppe Camuncoli Red Hood and the Outlaws Rebirth #1 review Scott Lobdell Taylor Esposito Veronica Gandini