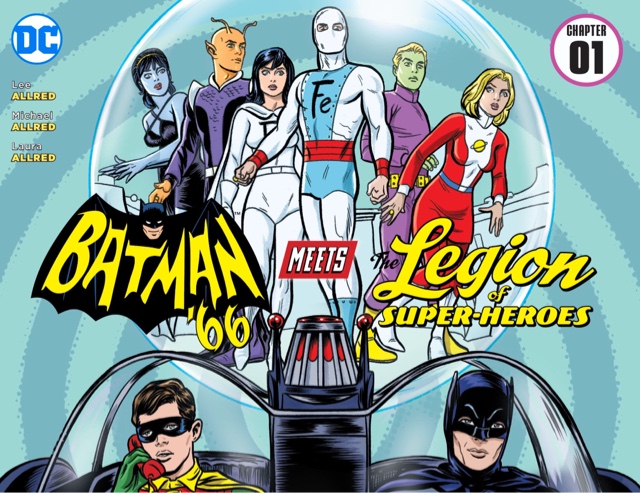 Atomic batteries to power. Flight rings to speed'. And that title perfectly knits together the worlds of Batman '66 and the Legion of Super-Heroes. The Caped Crusaders and the 30th century's greatest super-teens come together to tackle two of their most dastardly villains...
... OK, so one of them is Egghead, but he has his fans. The other is Universo, who's definitely one of the Legion's biggest headaches. He's what brings a few members of the team - looking natty in Sixties chic - to stately Wayne Manor. The hypnotic hoodlum has come to the past to further his vendetta against the Legion. But it's not Batman whose help they crave - they want 'the greatest super-teen ever'. 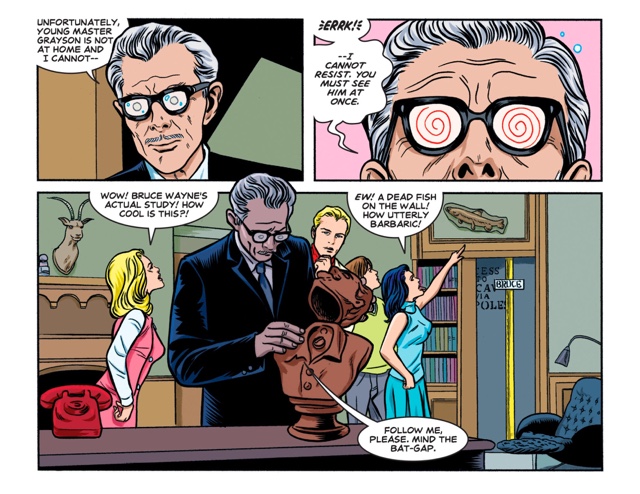 As for Egghead, how could he resist the Legion's dome-shaped time transport? 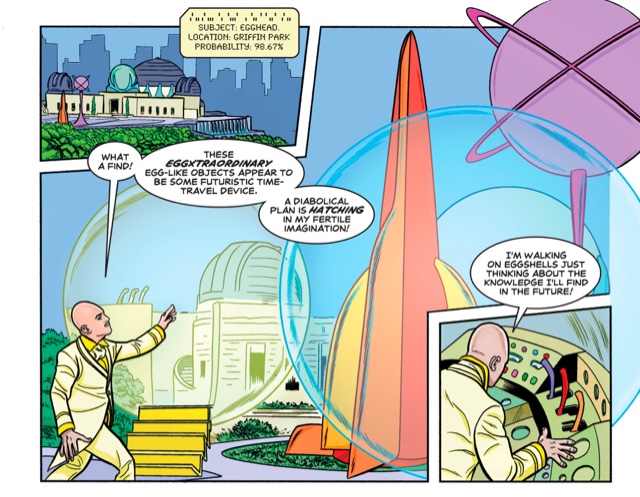 With two baldie bad guys set to menace the citizens of two time periods, the only answer is two team-ups - Batman, Shadow Lass, Brainiac 5 and Ferro Lad will chase Egghead to 2966, while Phantom Girl, Saturn Girl and Chameleon Boy join Robin to unsettle Universo.
Seeing the Silver Age Legion mix it up with TV's Batman and Robin is a massive treat, courtesy of the Allreds - writer Lee, illustrator Mike and colourist Laura. The tone is just the right side of camp, the storyline fits both properties and the gags are a hoot, from Ferro Lad's existential non-crisis... 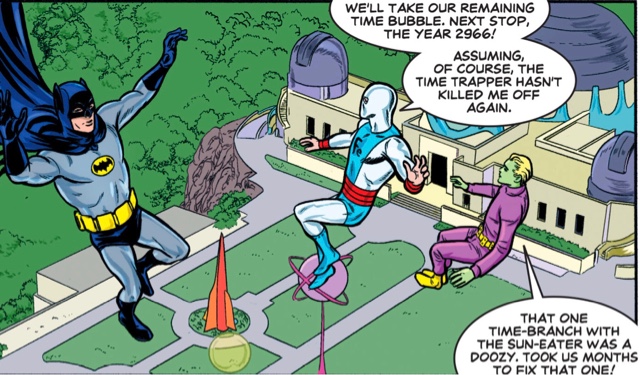 ... to the question of whether the Legion have actually come for the right hero on the right world. 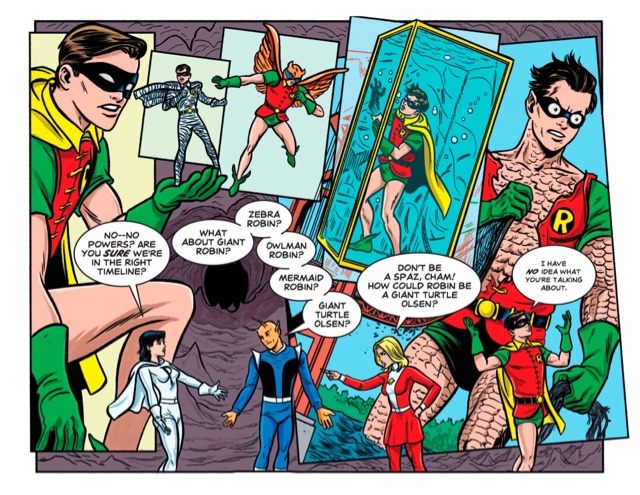 As for the little matter of who's a natural with a Legion flight ring, Bruce or Dick, check out this DC Digital First chapter to find out - or hang on until next month and read the whole thing in the print collected edition. If, like me, you've been desperate for some Legion action since DC cancelled their most recent series, this will scratch that itch. It's not exactly the team from the Adventure Comics of 1966 - Shadow Lass hadn't joined yet, for one thing - but it's a gorgeous-looking, fun-filled story that fits beautifully with telly Batman. As the final fling for DC's Batman '66 project, I can't imagine a more enjoyable comic.
Long Live the Legion... and Batman '66! 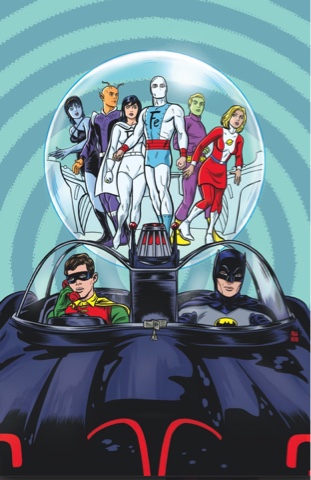