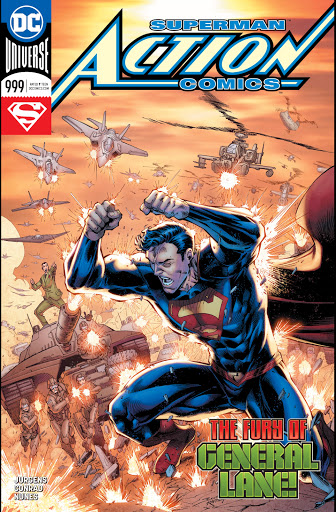 Guess who’s coming to dinner? General Sam Lane, formerly estranged father of Lois, grandfather to Jon and father-in-law to Clark Kent. He gets a welcome from Jon, who’s excited to meet his second granddad in as many months, while Lois is a tad more cautious. Until recently, she’s not seen her father in years. They have... issues. 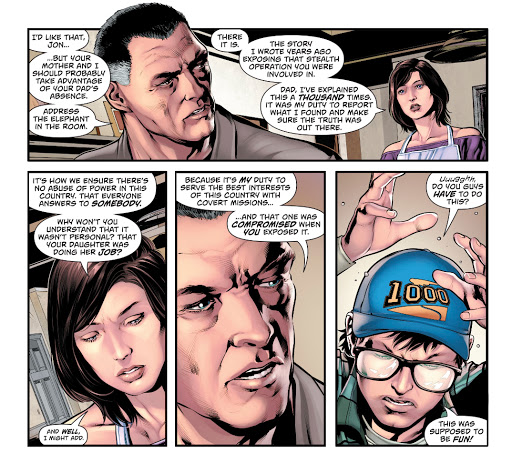 As for Clark, he’s in Superman mode, tackling an asteroid on a collision course with the planet. As he works on the rocky problem he ponders recent events - discovering that lunatic villain Mr Oz was his birth father Jor-El, visiting Krypton’s past in the company of Booster Gold, battling General Zod and his family in the future.... for whom Superman shows perhaps surprising sympathy. 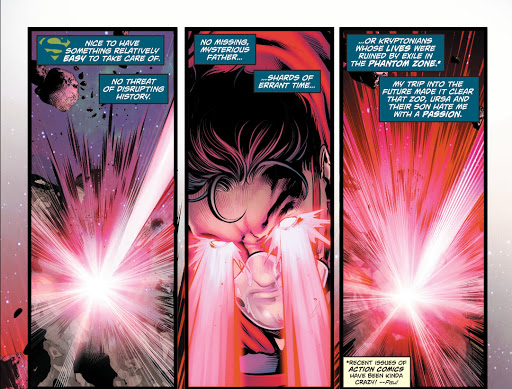 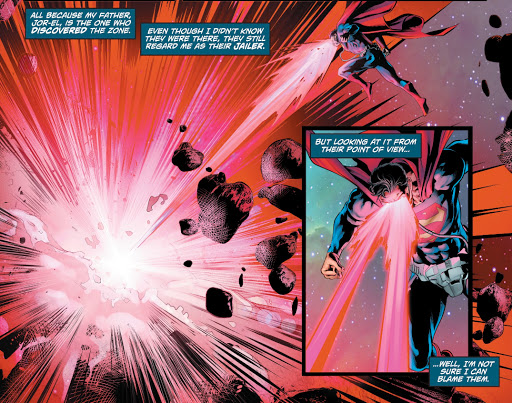 His reverie ends as he finds what he’s been looking for - the crystalline ore contained within the asteroid, which he knows hardens to nigh-indestructible levels in Earth’s atmosphere.

Meanwhile Sam, who doesn’t know his son-in-law is rather more than a great reporter, shows that after all Superman’s feats on behalf of Earth, he still doesn’t trust him. 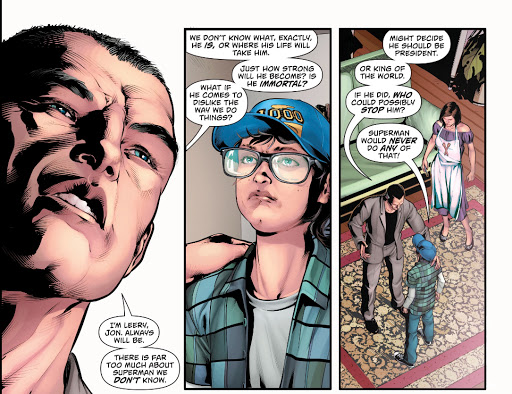 Superman, rather than come straight home, has stopped off at the Fortress of Solitude, where he’s pondering another of his enemies. 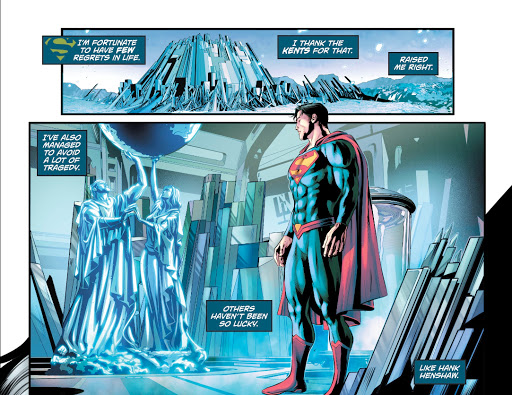 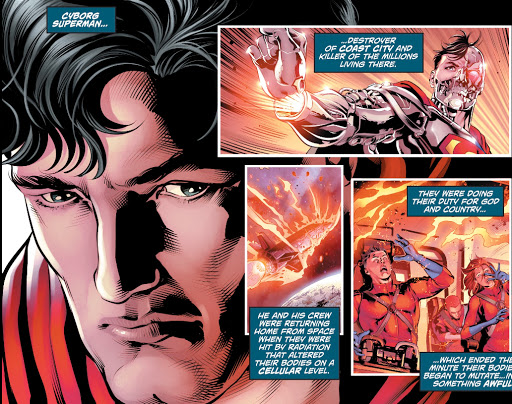 Is Superman really going to let the murderer of millions back into Earth’s reality? And will Lois attempt to appease her father’s worries by revealing that he has a super-son-in-law and grandson?

I won’t spoil the story, but I will say that Dan Jurgens’ last full issue as Superman’s writer is a great chapter in the Never-Ending Battle to go out on. Lois, Jon and Clark are all totally on form, complicated, good people. Even Sam Lane is a lot more shaded than in previous years... it’s not like Superman hasn’t been mind-controlled, had a nervous breakdown and thought he was an entirely different hero, that sort of thing.

As for Superman himself, this is the Man of Steel at his best - thoughtful, compassionate, believing that we all can be better. I’m going to miss my fortnightly dose of Jurgens Superman enormously... roll on his next stint at the helm.

Will Conrad is back on the art duties, and boy, does he make everyone and everything pretty - seriously, check out the Lane-Kents’s wooden floor and Arabian rug! But he also conveys the emotion, with the bittersweet relationship between Lois and Sam especially evident. The space scenes look pretty darn awesome, thanks also to colourist Ivan Nunes, while Cyborg Superman is as scary as he should be. And it’s a nice touch that for her father’s visit Lois is wearing the girliest of girlie dresses... she’s the rufty-tufty big city reporter and supremely capable Mom, but perhaps she still wants to be her father’s little girl. And Jon’s #1000 baseball cap is a cute touch, likely suggested by Jurgens.

Regular letterer Rob Leigh provides a fabulous treatment for the issue title, What Would Superman Do? I hope he’s sticking with this series.

The main cover is disappointing, a decent image by penciller Brett Booth, inker Norm Rapmund and colourist Andrew Dalhouse, but totally fibbing about the issue’s contents. Sure, Sam Lane isn’t a friend of Superman, but he hardly sics the US Army on him. This is a tale of family and trust, not a conflict between hero and home. 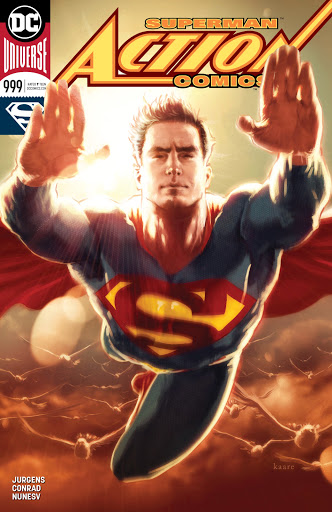 Kaare Andrews provides the variant cover, a dreamlike vision of the hero. Gorgeous.

So, Action Comics #1000 arrives in two weeks. If it has half as much heart as this issue, it’ll be a winner.